MUSIC icon David Bowie has been named the most influential British artist of the past 50 years.

A panel of judges hailed her unparalleled ability to “transcend a variety of mediums”.

Bowie, who died in 2016 aged 69, sold more than 140 million records and starred in dozens of films and plays.

His films include the 1983 film Merry Christmas, Mr Lawrence and Jareth the Goblin King in the 1986 film Labyrinth.

Apart from the movies, he also performed on stage as Joseph Merrick in the Broadway production of The Elephant Man in the early 1980s – and he was a famous entertainer too. 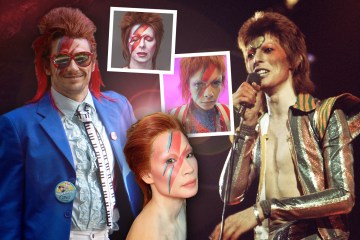 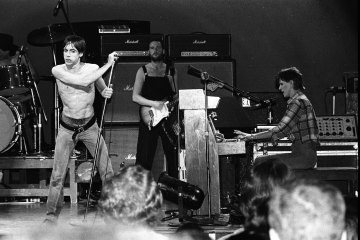 Phil Edgar-Jones, Director of Sky Arts, said: “The Top 10 list is filled with incredible homegrown talent that spans all areas of the creative arts.

“The influence these artists have had on their own industries, but also on a wider culture is amazing, and it’s great to see them get this recognition.”

Elvis has arrived. And it’s not your usual biopic. It’s more about the essence of Elvis. Not on life as we hoped. That means it has nothing to do with those biopics about pop stars like Rocketman (Elton John) or Bohemian Rhapsody (Freddy Mercury and Queen) or even Great Balls of Fire (Jerry Lee Lewis). […]

A New Orleans street is renamed in honor of music pioneer Antoine “Fats” Domino whose debut record, “The Fat Man”, released in 1949, was the first rock n’ roll record to sell over a million copies. A celebration for the name change is taking place Saturday with Domino’s family and several organizations on the old […]

Behind the scenes with Gary Baker, an Alabama music icon

SHEFFIELD, Ala. (TENNESSEE VALLEY LIVING) — When Gary Baker moved from New York to the Shoals area, he not only found a great place to work, but also a place to call home. Baker is a sought-after musician and writer. After a few years playing with his own band, The Shooters, Baker spent a lot […]